WHAT IS THE FUTURE FOR THE HEADPHONE JACK?

WHAT IS THE FUTURE FOR THE HEADPHONE JACK? 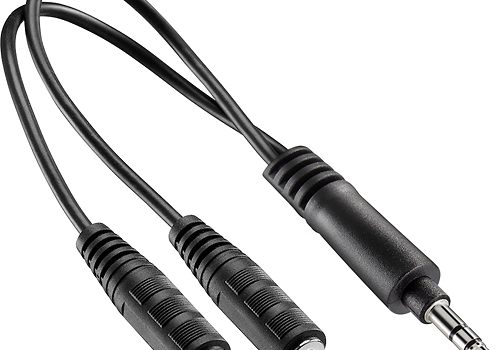 While initially just an idea from a few smartphone brands, it seems more and more brands are removing the headphone jack from their new models and embracing new types of connectors. Is this the end of the 3,5mm headphone jack as we know it?

It all started in 2016 with Motorola’s Moto Z and Apple’s iPhone 7. Then came the designer smartphones, such as Andy Rubin’s Essential Phone and now, with the release of HTC U Ultra and Google Pixel 2, it seems that a growing number of Android-powered devices manufacturers have decided to ditch the 3,5mm headphone jack in favor of Bluetooth and USB type-C connectors. And just like that, in just one year, what has been an industry standard for decades has now an uncertain future in the world of consumer electronics.

What are the main advantages of removing the headphone jack?

With the arrival of wireless headphones and the manufacturers’ desire to create thinner and (finally!) water resistant devices, a growing number of brands are leaving the headphone jack out of the equation. This opens the door to a new way of connecting accessories to your smartphone and interacting with them, mostly thanks to Bluetooth and the ability to synchronize devices and accessories through wireless connections.

Why should manufacturers keep the headphone jack in their devices?

Even though manufacturers will very likely say otherwise, there are some inherent disadvantages that could arise from the removal of the headphone jack. First, even though there are a growing number of wireless headphones available on the market, there are some quality differences (in both connectivity and sound) that you should take into consideration. Wireless headphones are more interference-prone than wired earpieces, mostly due to the nature of their connection type. In terms of sound quality wired headphones still have a clear advantage, as any decent smartphone will use the same standard technology that is used in the sound and music products industry.

What is the future of the headphone jack in the world of consumer electronics?

While the trend of removing the 3,5mm jack is clearly catching on and a vast majority of brands will most likely make the same move in the near future, we believe that the headphone jack will not disappear completely, even though brands are pushing for wireless accessories. Some brands are still releasing music-oriented devices, with improved internal speaker sound quality and the 3,5mm jack as part of the deal. Our verdict is that wireless connections will dominate the mobile device accessories market and phones with headphone jacks will still be available in the lower price offerings, as well as in products inside the audio “niche”.

This website uses cookies to improve your experience while you navigate through the website. Out of these, the cookies that are categorized as necessary are stored on your browser as they are essential for the working of basic functionalities of the website. We also use third-party cookies that help us analyze and understand how you use this website. These cookies will be stored in your browser only with your consent. You also have the option to opt-out of these cookies. But opting out of some of these cookies may affect your browsing experience.
Necessary Always Enabled
Necessary cookies are absolutely essential for the website to function properly. This category only includes cookies that ensures basic functionalities and security features of the website. These cookies do not store any personal information.
Non-necessary
Any cookies that may not be particularly necessary for the website to function and is used specifically to collect user personal data via analytics, ads, other embedded contents are termed as non-necessary cookies. It is mandatory to procure user consent prior to running these cookies on your website.
SAVE & ACCEPT