THE MOST ANTICIPATED SMARTPHONES FOR THE LAST QUARTER OF 2017

THE MOST ANTICIPATED SMARTPHONES FOR THE LAST QUARTER OF 2017 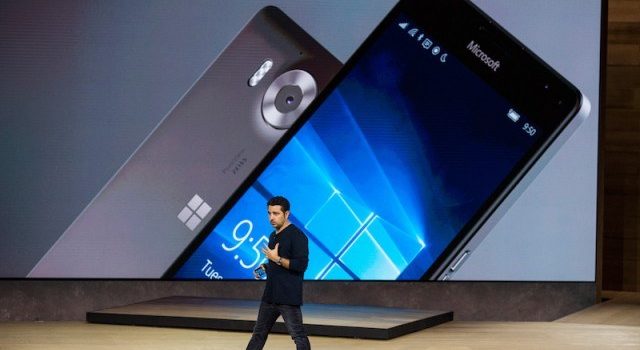 there are always new releases to look forward to. 2017 is no exception to this rule and, while there have been some interesting releases during this year, there are still a few brands and models to watch out. Here is a list of the most eagerly awaited smartphones for the last quarter of 2017.

Besides the recent release of Android 8.0, Google is also working on the next generation of its Pixel phone. It is said to be the first Google phone with waterproofing, as well as the first to showcase Android Oreo. Potential buyers could also be looking at a 18:9 “always-on” display, with 64GB of ROM (possibly 128GB for the XL), 4GB of RAM and a Snapdragon 836 on the inside. It is not clear if Google will release both versions at the same time, but given the company’s latest release dates we could be looking at an early October release (some sources indicate October 5th as a strong candidate).

Ok, this one has already been released but, after the disastrous battery accidents of the last generation, the South-Korean tech giant had a lot to compensate for, so this was probably the most eagerly awaited phablet of the Note series so far. The Note 8 comes with a 6.3 inch Infinity Screen, Snapdragon 835, 6GB of RAM, a 12MP Dual camera and its inseparable and now refined companion, the S-Pen. It allows for improved note creation, editing and sharing tools and the possibility of translating entire sentences and converting currencies and measurements easily, making the Note 8 one of the best options on the market for business clients.

As we all know by now, September is the month of the iPhone, so we will surely have something coming out of the Apple HQ in the next few weeks. Following the tradition, this should be the year of the 7S and its “big brother” 7S Plus, but the considerable amount of speculation about Apple releasing a tenth anniversary edition (which has had many speculative names, such as iPhone Pro, X or maybe even 8) has left both potential clients and tech experts curious about whether that is a possibility or just another product of the rumor mill.

Back to what we think we know: iPhone 7S could finally be the major change customers are waiting for. New design, new screen sizes, resolution (QHD, maybe?) and type (this could may well be the first iPhone with an OLED screen) and some operational changes (with improved 3D Touch and wireless charging as the most talked about) could be coming our way this month. In terms of design, there haven’t been significant changes since the iPhone 6, so a visual overhaul would be a welcome decision. The size could also change: Apple might diverge from the usual 4.7 and 5.5 inches for the “standard” and “Plus” versions, respectively, as there have been talks of 5 inches for the iPhone 7S and up to 5.8 for the 7S Plus. We will also witness some changes on the inside: iOS 11, an A11 chip with M11 co-processor and a jump from 3 to 4GB RAM are quite likely to happen.

Apple has already sent invites for an event in September 12th, so we are betting that the new iPhone will be unveiled at this event and should see the light of day a few days later.

Other upcoming smartphones yet to be announced

There are also a few upcoming models from growing brands looking to increase their share of the market, however most of them could still be a few months away or, even worse, just part of the endless rumor mill. Let’s take a look at some of those upcoming devices:

Surface Phone: we have heard about the possibility of a Surface Phone, Microsoft’s latest attempt at regaining a significant position in the mobile device market but, until now, it’s little more than a possibility. Microsoft parted ways with Nokia but kept the knowledge and is in need of a strong release if they plan to breathe new life into the Windows Mobile ecosystem.

Xiaomi Mi Mix 2: another Chinese brand that has gained momentum in the last few years is Xiaomi, who aims to release a new device in the coming months, however it is still unclear if it will come this year or only in 2018. It hopes to develop the original bezel-less, full-screen Xiaomi Mi Mix and has some rumored specs (6.4 inch screen, 19MP rear camera, 6GB of RAM, Snapdragon 835 and the MIUI 9.0 interface) as well as an expected date for more info to come our way: September 11.